An interesting presentation on the Kolb Road widening project was made at the public meeting on September 18, 2018. On page 13 of that presentation, there is a diagram of the traffic roundabout being planned for the intersection of Kolb Road and Territory Drive. To see a copy of the presentation, click here. According to the project’s website, the construction phase of the project is currently scheduled from Spring 2019 through Summer 2020. Once connected to the website, you can click on the

While enjoying the Pinot Noir wine tasting event at our HOA last year, someone mentioned they thought Howard Hughes may have once owned the land that became our current homes in Fairfield. While I couldn’t confirm the veracity of that, I did recount the history of how Howard had purchased over 23,000 acres south of the airport in 1951 to build Hughes Aircraft’s Falcon Missile. This is now the Raytheon Missile Systems Company, from which I recently retired.

This is a related snippet from an article:

“A top (Hughes) aide (James Herbert “Herb” Nall) contacted longtime real estate broker (Roy P.) Drachman one night at 11 p.m., saying Hughes wanted options on 10,000 acres of land around the selected site – and wanted them by 2 p.m. at the latest, the following day. Drachman, who began his business career here as a movie theater manager, accomplished the task on time. Eventually, he and others secured options on about 32,000 acres of land. Hughes agents selected 20,000 for purchase.”

See also these articles for more interesting related stories about Howard in Tucson:

I decided to look into the history of land ownership of Fairfield. It turns out that the original owner of the Fairfield property (after the Federal government) was John W. Murphey, who purchased 8,000 acres between Oracle, Sabino Canyon, Rillito River, and Sunrise in 1928. With architect Josias Joesler, they developed the foothills into the affluent suburb of master planned communities which we enjoy today. That development started near Hacienda Del Sol and expanded from there over the next 70 years.

Here are a few links to interesting related articles:

Through My Parents Eyes- Josias Joesler: An Architectural Eclectic

The History of the Catalina Foothills and Tanque Verde Valley

Carmine discussed his role and the statistics related to the budget and funding of road projects. He highlighted the process for getting approval of $16M of ’97 transportation bond funds to be distributed to addressing poor and failed roads.

If the $16M is approved for distribution, $10M would likely be slated for the next fiscal year starting in July 2018.  Territory Rd. is on that first fiscal year list of projects for Dist. 1. That means the improvement would be initiated in the Fall of 2018. He suggested the project uses a default conservative cost estimate for milling 2″ of pavement and resurfacing (~$250K/mile) and does not include curbing or culverts. Residents noted that the lack of curbing will likely cause more rapid deterioration of the resurfaced road. They also noted that the HOAs funded the speed hump construction on Territory which was executed by the county, which should be included in the cost of resurfacing.

He closed his discussion with an overview of how his dept improved the process efficiency in response to the economic downturn that reduced budgets. The improvement in govt efficiency was well received and suggest he be given the authority to expand it to more departments.

Ally discussed her role and issues related to the allocation of HURF+VLT funds to road improvement projects. She would like to get AZ State legislation to restrict diversion of these funds and add auditing in order to ensure compliance by State and County. She highlighted her efforts to get County Administrator Chuck Huckelberry and the other supervisors to support road surface reconstruction on failed roads and encouraged more voter participation in order to effect change in Pima County.

These notes are those of the author. Please leave me a comment or email if you would like to change or add you perspective.

Below are some photos taken by a resident that were used to support the meeting held on March 21 with Ally Miller’s office. This link is to a group of pictures I took of the east end of Territory. Starting at the church and going east to the wash just east of Sonoyta.
https://photos.app.goo.gl/YUB0aHRt4sFIA8AS2

The condition of the edges of the roads is a major safety issue. If a vehicle goes off the pavement in many locations along Territory they could lose control and flip the vehicle causing serious injury. In some spots they probably should guard rails up. 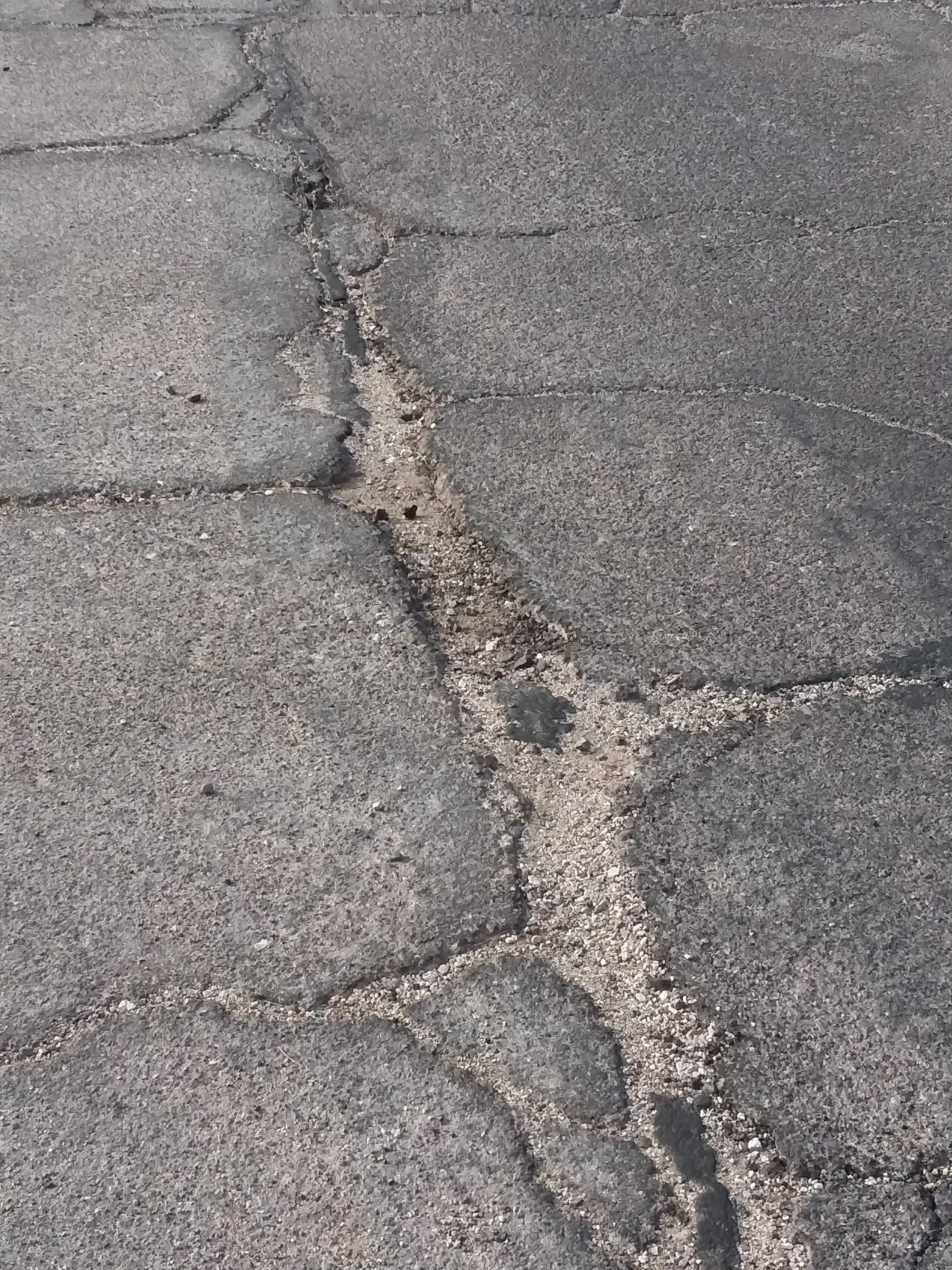 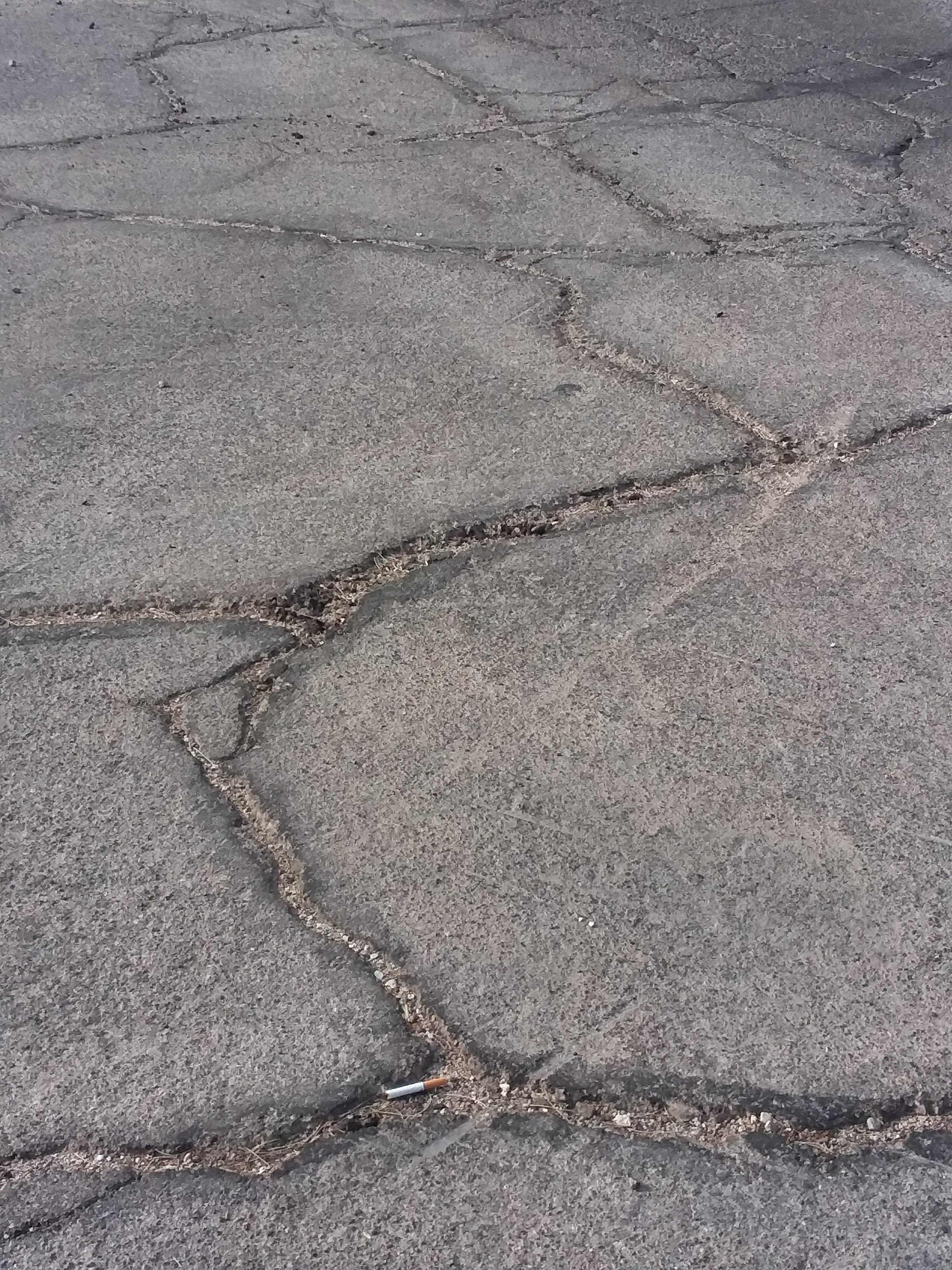 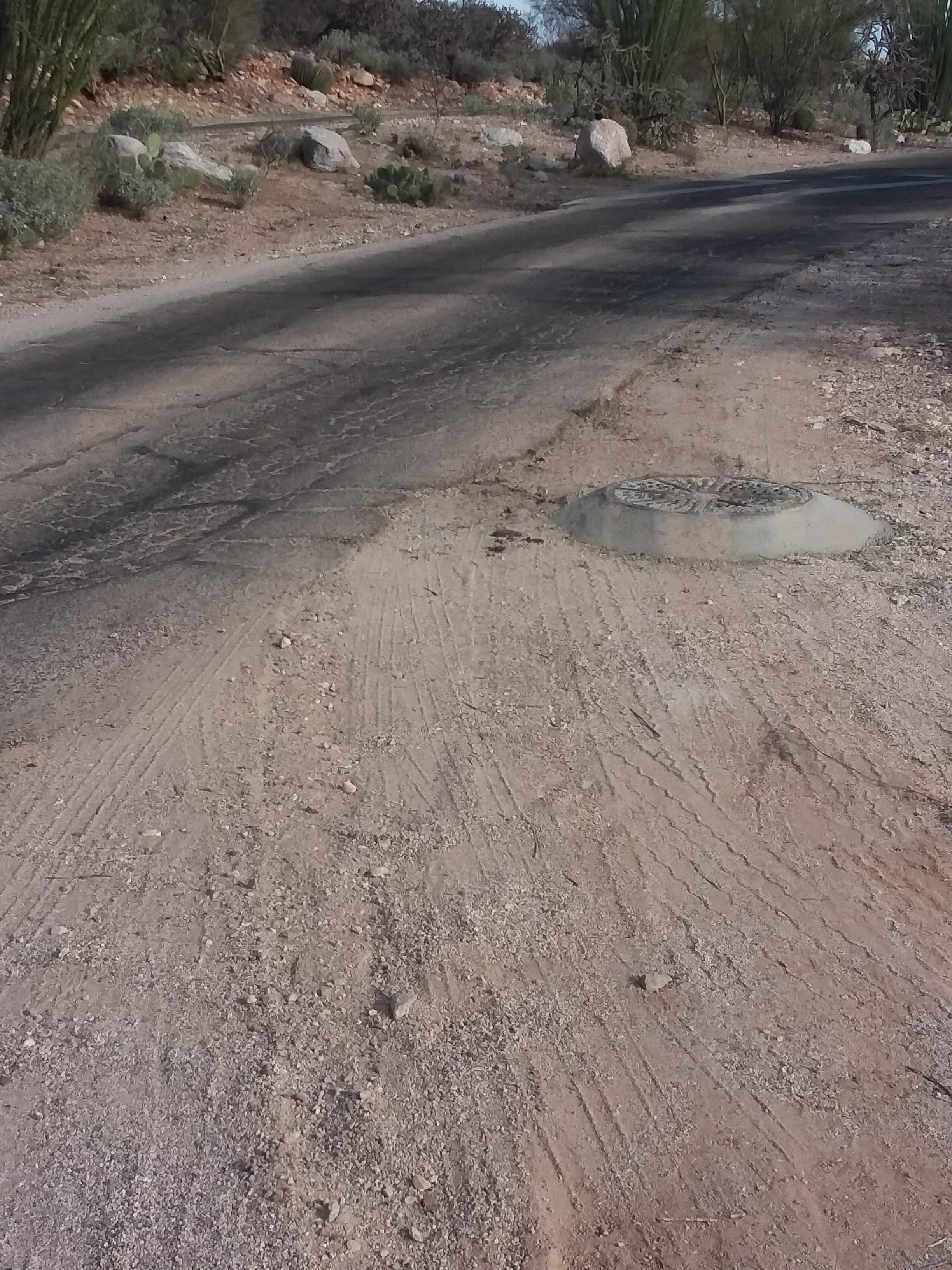 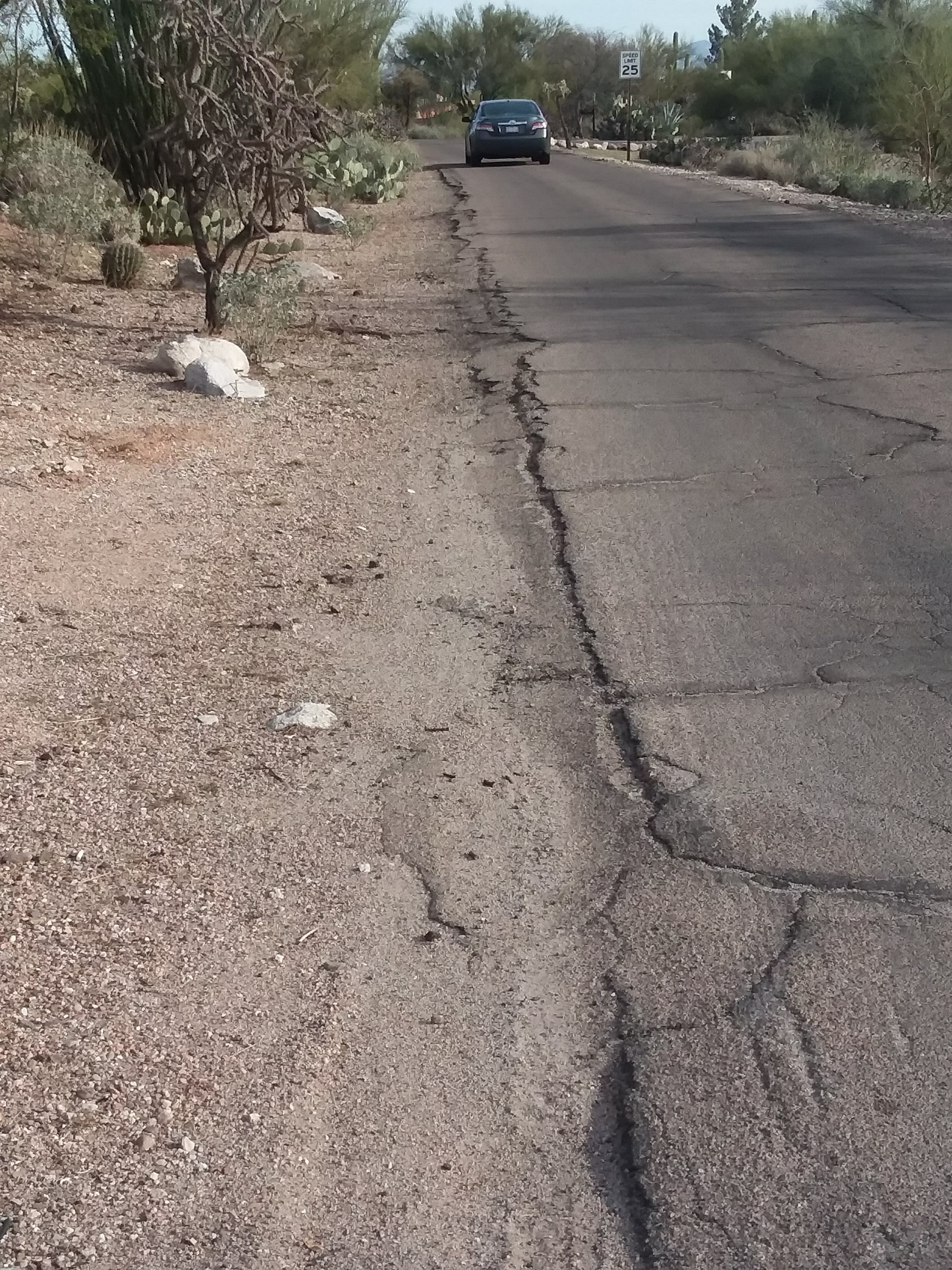 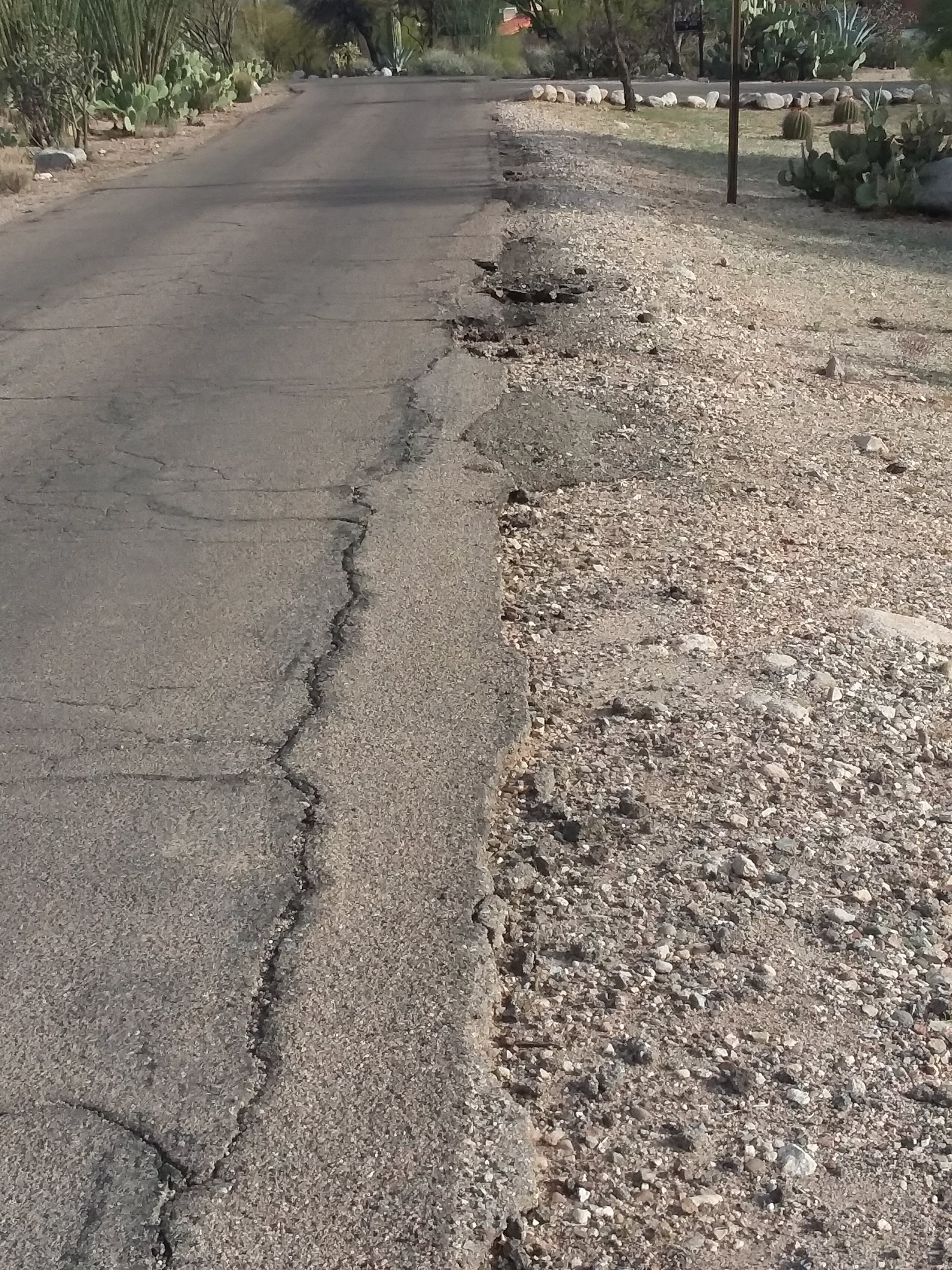 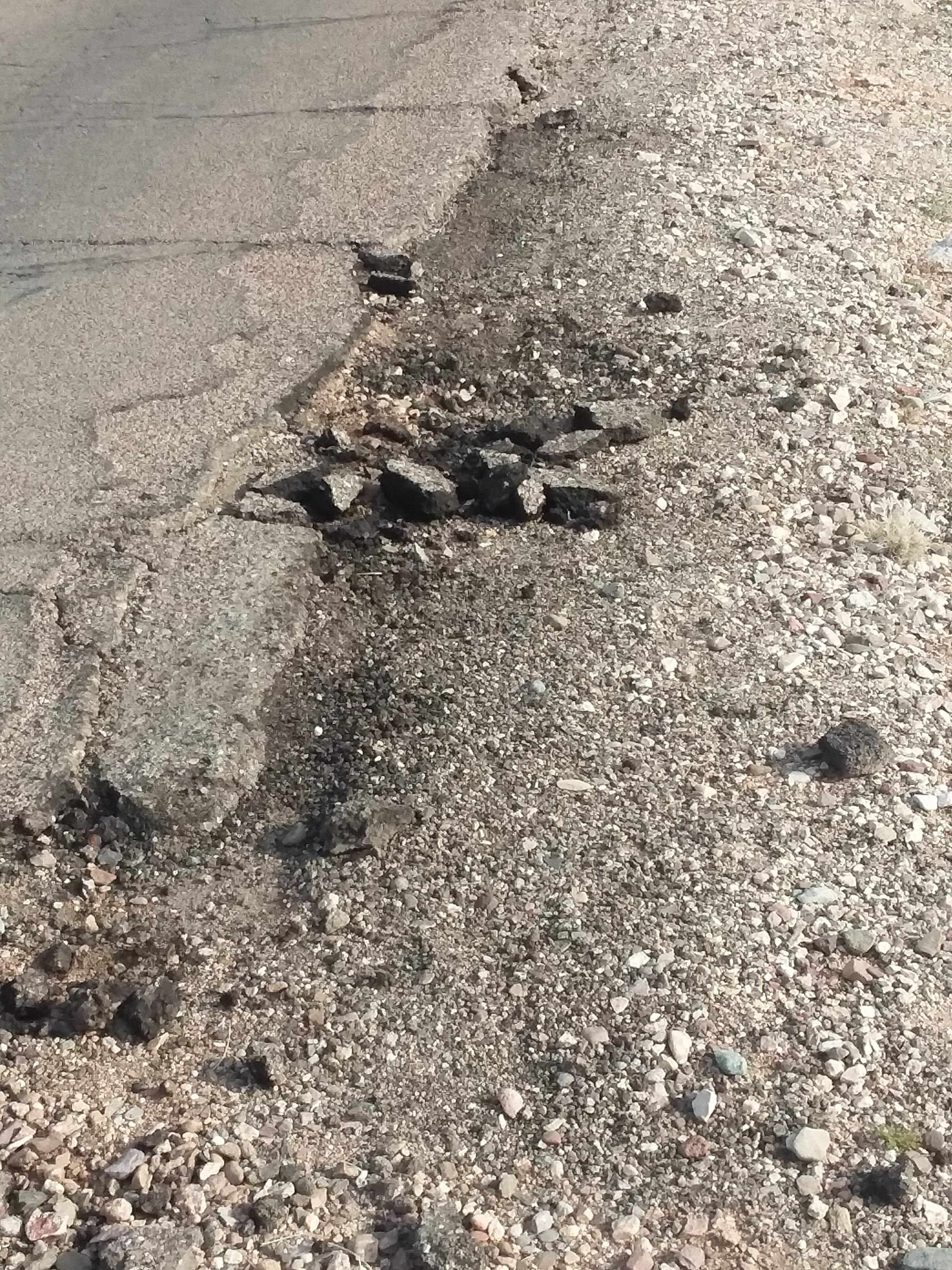 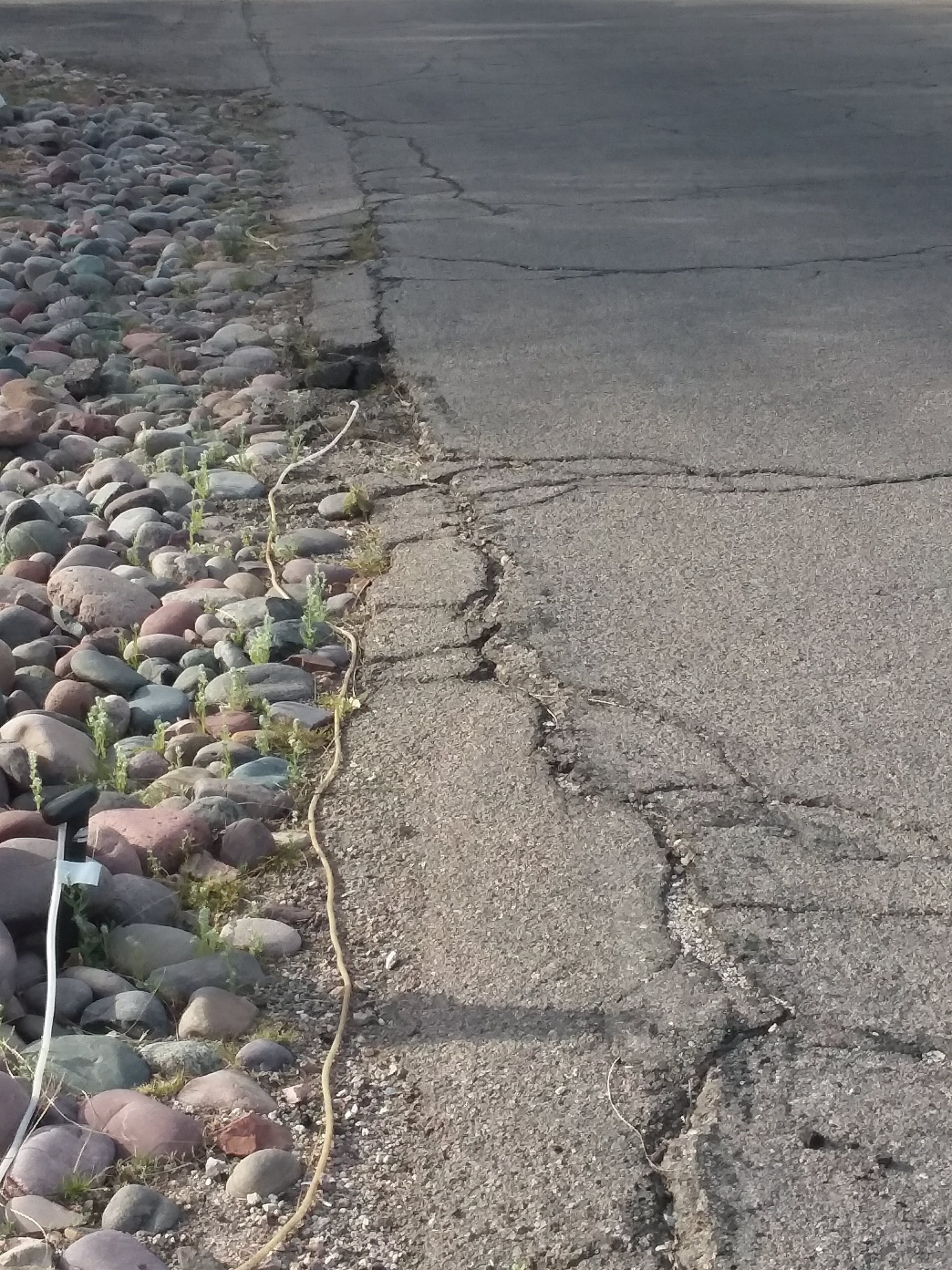 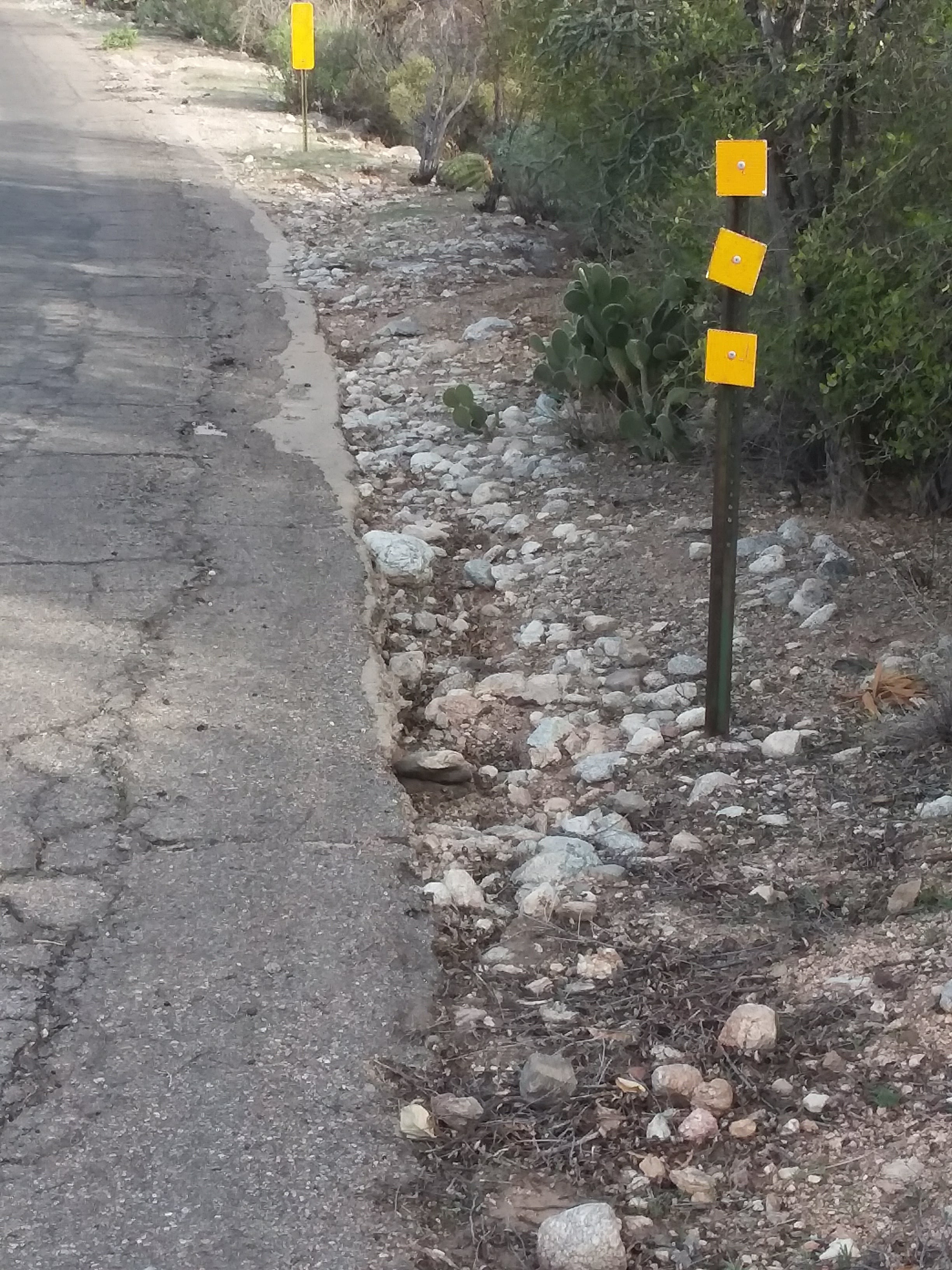 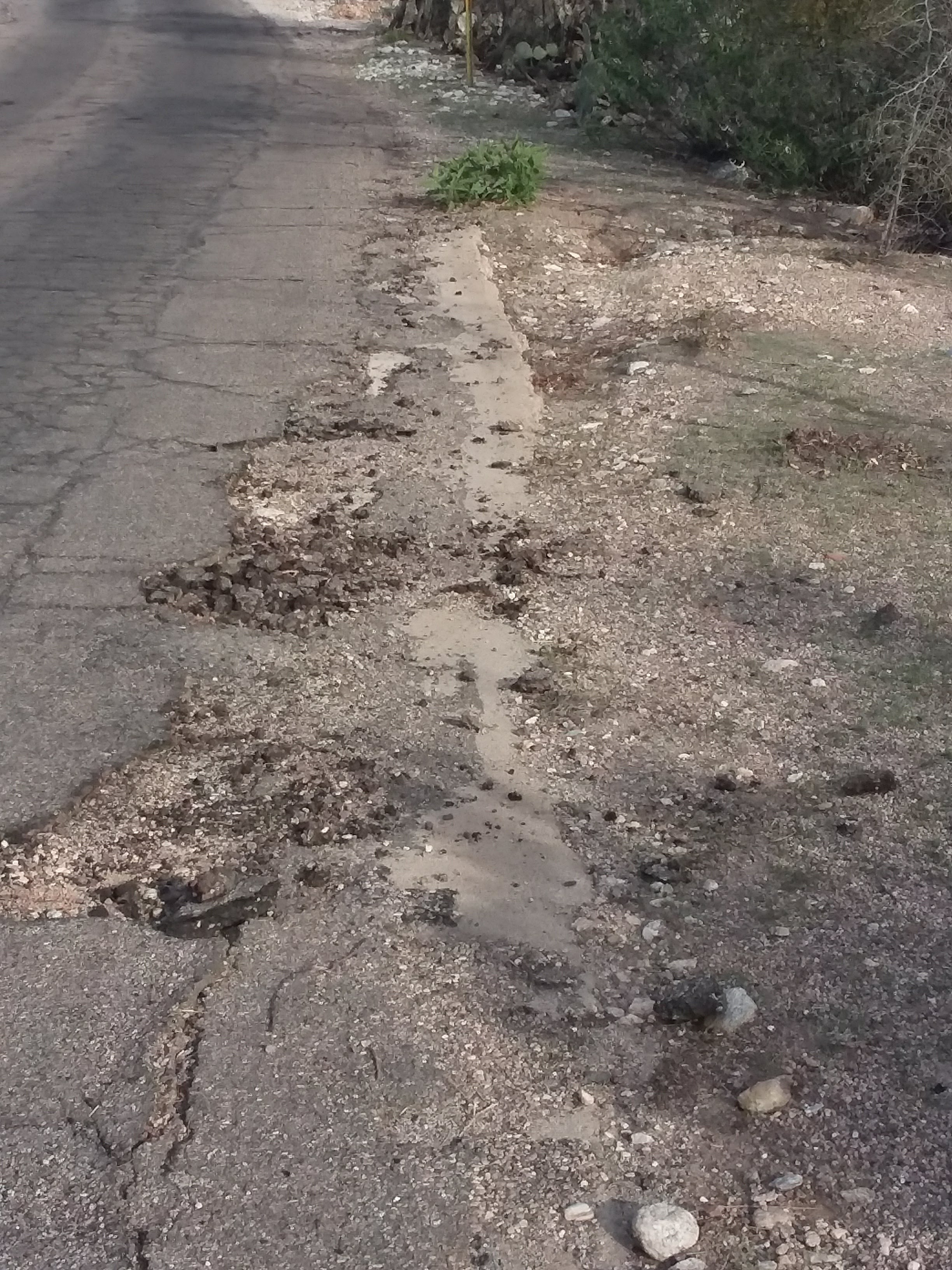 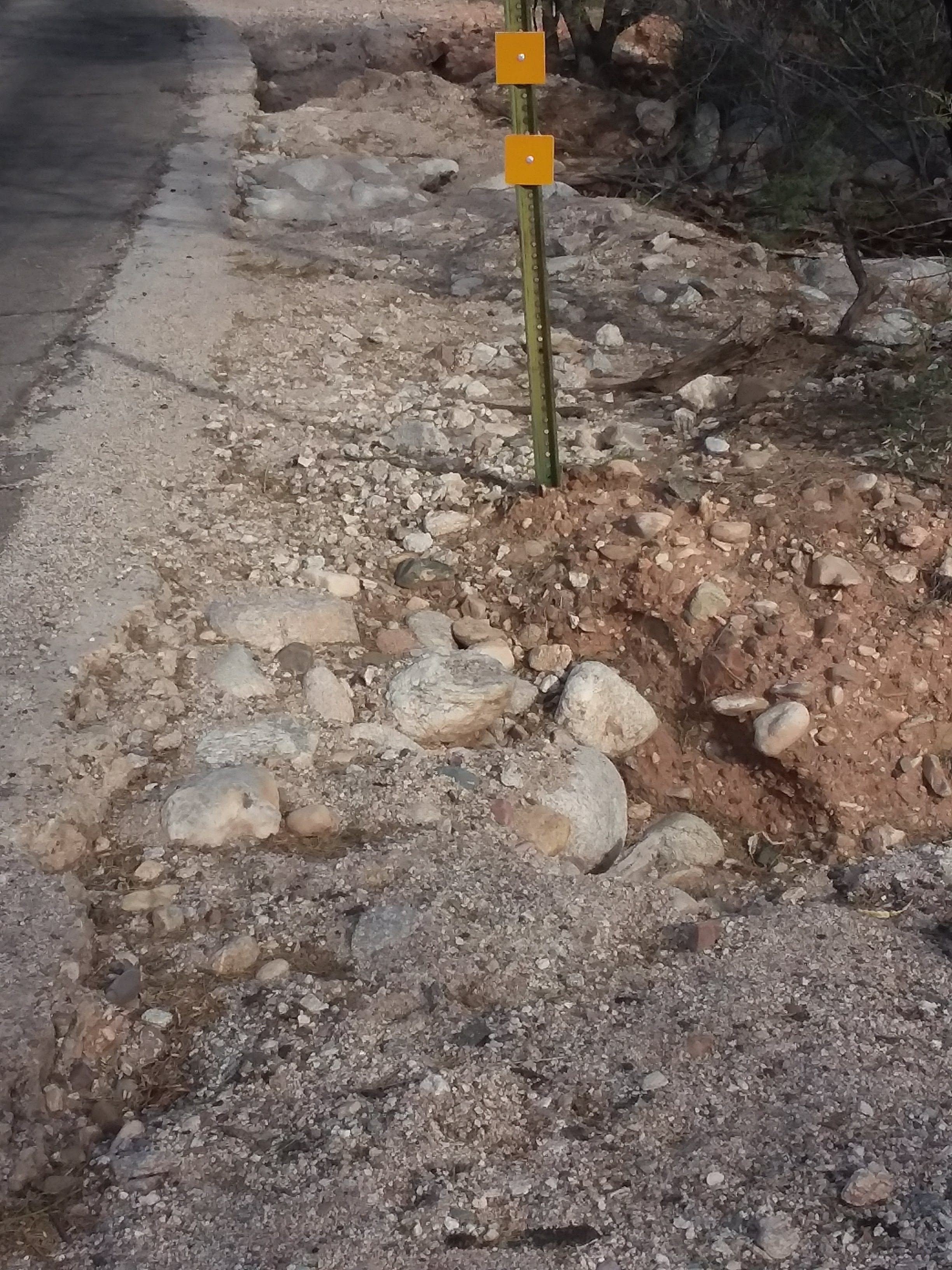 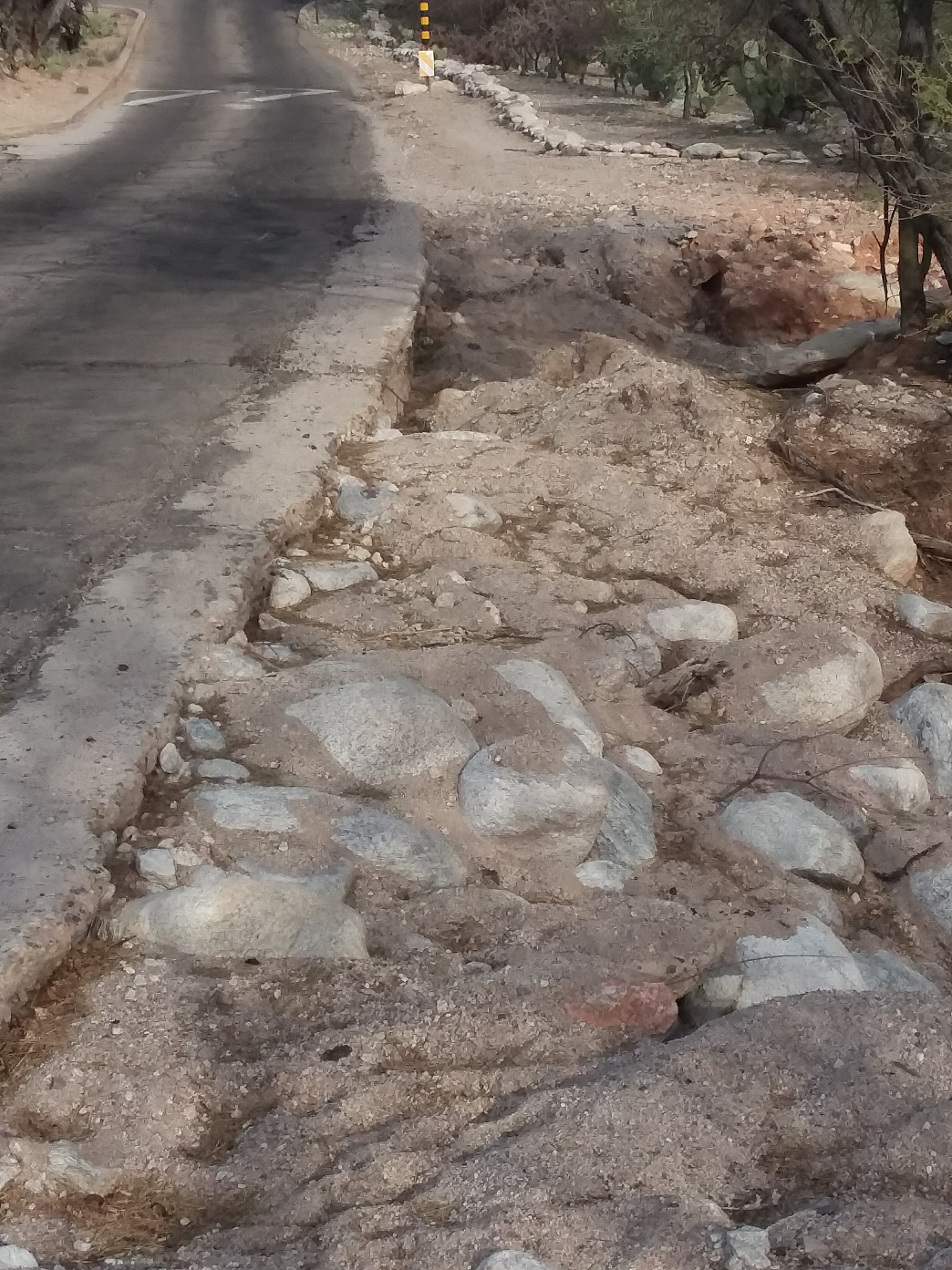 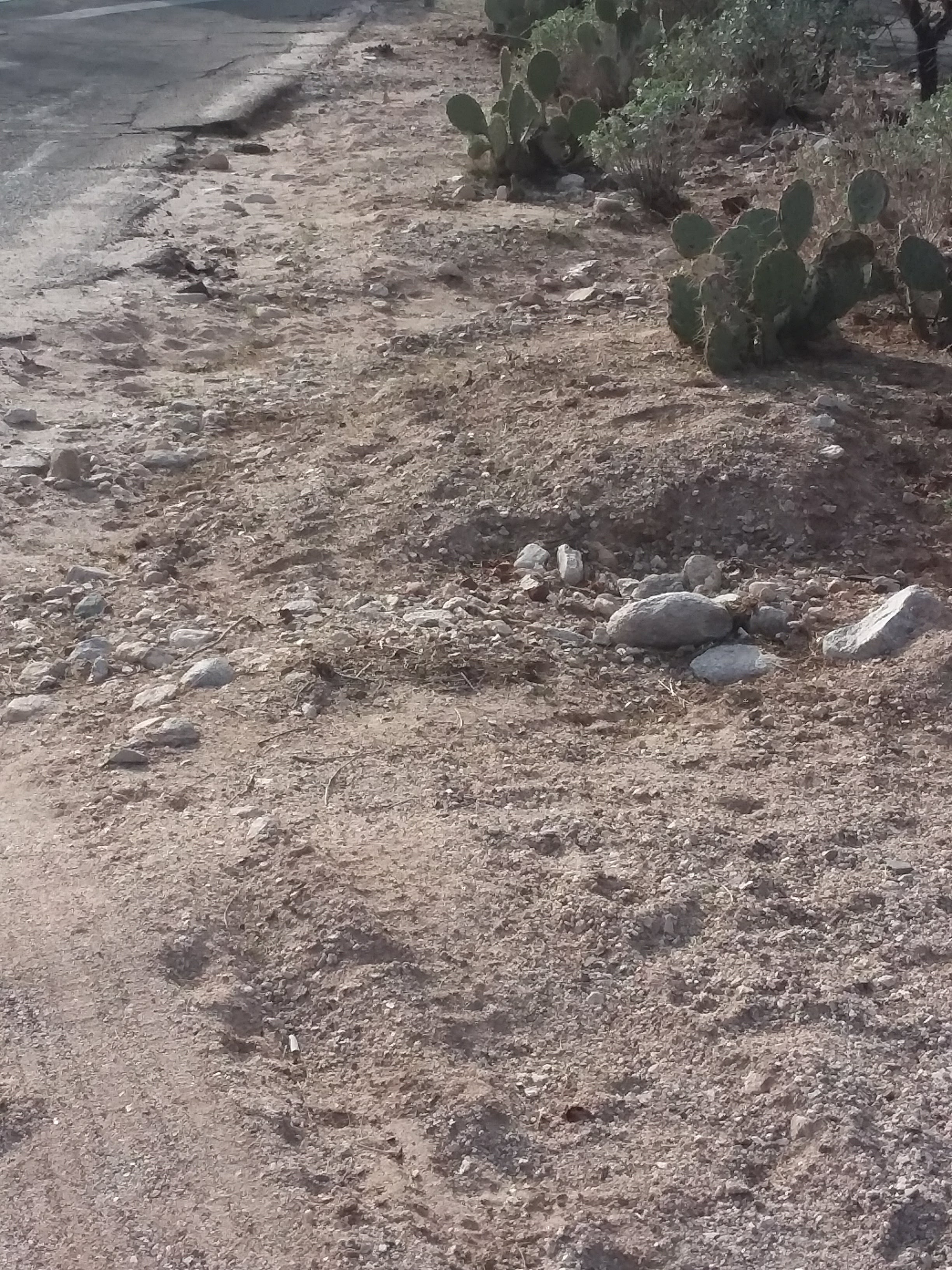 Stay tuned for more information in and around your Fairfield in the Foothills HOA Communities!